Guadalcanal
Guadalcanal was the central and biggest of the chain of islands, heavily populated by the Japanese. The Americans invaded it hoping to create a navel base. The US Marines did not fully understand how dangerous the climate and battles really were. This battle differed from many others due to the fact that that this was jungle war far. Battles did not take place during the day, but at the dead of night. 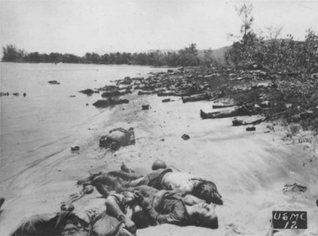 Realistic  Casualties
- In the movie Thin Red Line, in the fighting it basically showed
no casualties on either side, it almost made the battle seem
peaceful. When in reality the Allies lost 7100 men, 29 ships, and 615 aircraft.  While the Japs had 31000 killed, 1000 captured, 38 ships, and 683-880 aircraft  destroyed. The Pacific video did a better or more realistic showing the deaths for each army. 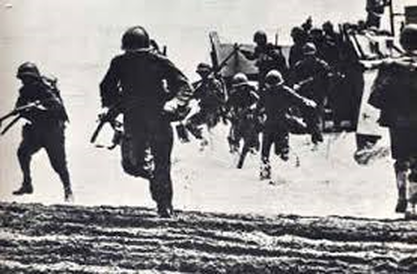 NAVY
In the three videos watched, the movie Thin Red Line, the show The Pacific, and lastly the documentary by the History channel lacked the presence of the Navy. The marines were dropped off then the Navy left. There was virtually no information about how the Navy affected the battle of Guadalcanal, nor did it talk about battles the Navy faced. 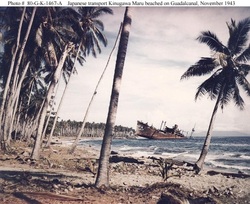 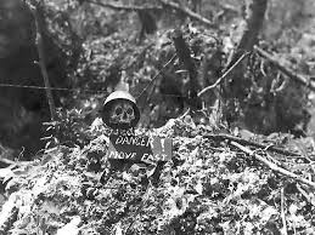 The Deadly Booby Trap
In The Pacific it shows the Marines dug in with machine guns and about 20 yards out there was barbwire set down to  help slow down the Japanese since the Marines were outnumbered 3:1. But in the  actual battle there was barbwire still set there, but on the barbwire and on  ropes and strings there were tin cans tied to them, so if a Japanese soldier  were to get close then they would hear him coming and be prepared for the fight. This wasn’t shown on either movie, but in Thin Red Line there were no marines dug in and there was no barbwire or booby traps set for their  protection. 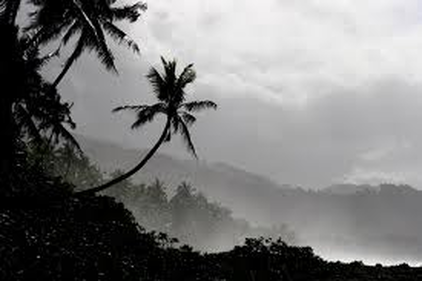 Serious Weather
The weather during the Battle of  Guadalcanal was very wet, humid, and hot. In The Pacific it shows the weather pretty accurately, being very rainy, moist, and hot. These weather conditions they were fighting in were overall miserable. In the Thin Red Line they did a terrible  job showing realistic weather. In the movie only one scene showed the rainy weather, the rest of the time was a normal hot and cloudy day. In real life the average weather of Guadalcanal is 90 degrees and 90% humidity. 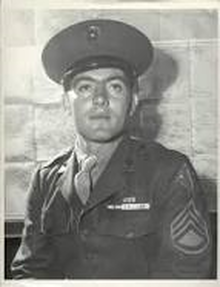 John Basilone
-United States Marine Gunnery Sergeant who received the Medal of Honor for his actions at the Battle of Guadalcanal during World War II. While the enemy was hammering at the Marine's defensive positions, Sgt.  In a fierce attack with the Japanese being shot at with guns, grenades, and mortar fire, one of his own sections with its gun crews, was put  out of action, leaving only two men to carry on. He then moved an extra gun (deadly hot) into a position, then under fire repaired another gun, then fired and held up enemy lines until back ups came in. Both the Pacific and the History Channel's documentary Shootouts did a good job giving him recognition. However the Thin Red Line completely ignored the fact he was even part of the battle. He was not mentioned at all, even though he was one of the most important soldiers in the history of Guadalcanal.